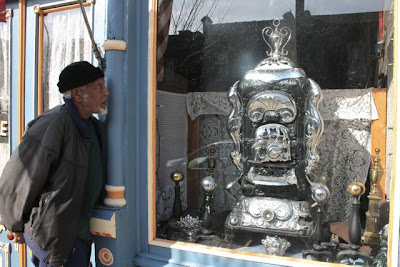 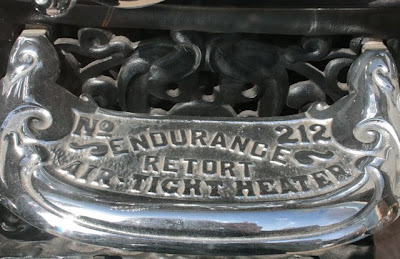 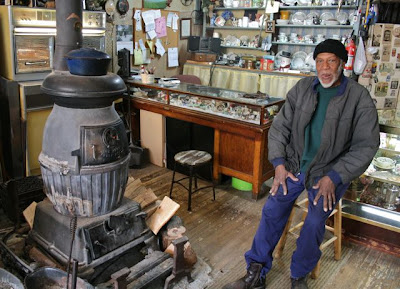 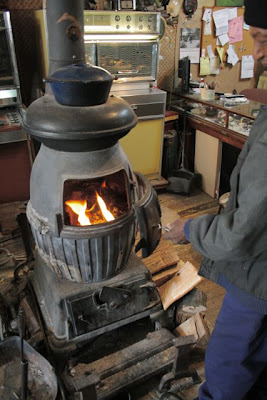 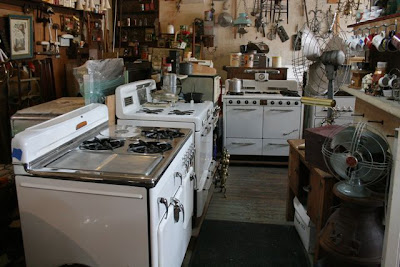 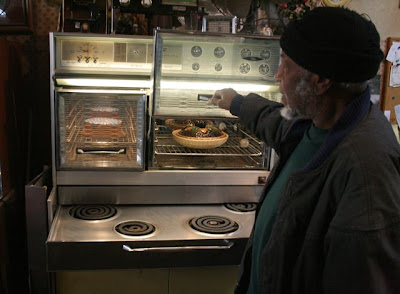 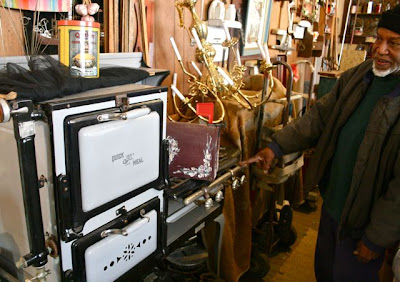 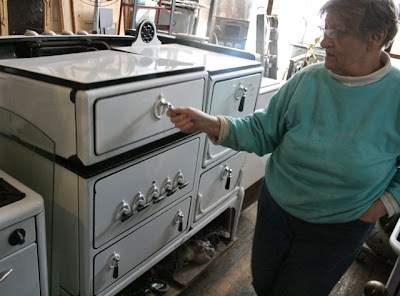 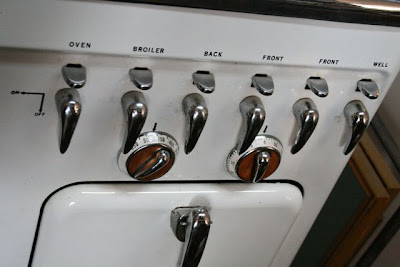 IT'S NOT A TROPHY,
IT'S A STOVE
Meet James Dorn.
He finds old stoves, and restores them.
From early 19th century cast iron, wood burning barrel stoves,
to early gas ranges, even the early electric ones from the 1950s,
James considers each one a "work of art."
He replaces worn or missing parts (or makes them from scratch),
cleans and re-assembles, nickel plates the ornate features,
and gets them back into working order.
(Each one is fully functional, and ready to heat.)
He heats his own shop with an old U.S. Army barracks stove,
and visitors love sitting around it, warming up, on a chilly afternoon.
All his reconditioned stoves are for sale at
Remember When Antiques (1955 Cherokee St., St. Louis),
including Endurance 'Air Tight', Quick Meal and Magic Chef stoves.
"Some take nearly a year to make right," James says with pride.
Most of his customers buy them to use, he says.
But everyone is a "work of art" to admire.
Good job, James.
Posted by Rick Forrestal