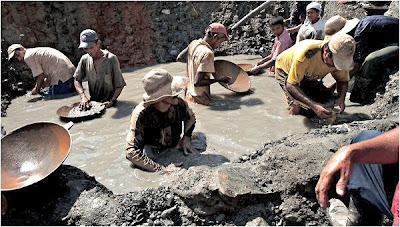 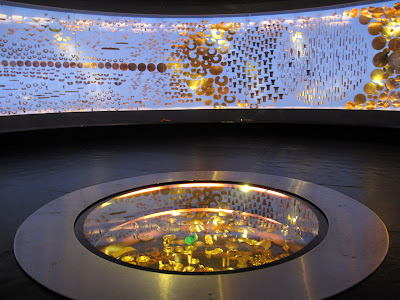 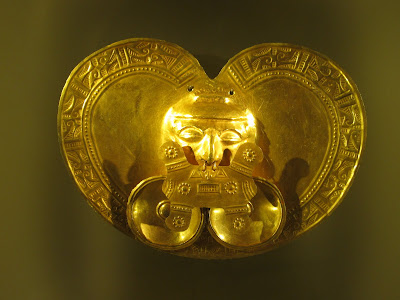 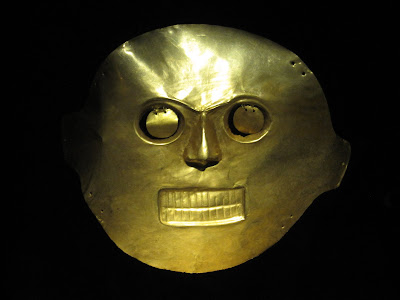 GOLD'S PROMISE
AND CURSE
IN COLOMBIA
Gold has long been important to Colombia,
defining its earliest history and traditions.
Ornaments and sacred vessels,
made of pure gold, were used and treasured
by early indigenous shamans and royalty
for thousands of years.
Spanish conquistadors ravaged Colombia
and its people for thousands of tons of this rich treasure.
Now there's a new "gold rush" and struggle
for Colombia's yellow metal, due mostly to
gold's recent increased value ($1,400/oz.)
Thousands of indigenous indians and poor
are now mining for gold, in primitive mountain areas.
Unfortunately, the FARC rebel leaders are
attracted to this source of new income,
as coca plantings are being eradicated.
The guerrilla 'war lords' are extorting money
and control over these poor people,
as the landscape gets scarred and new blood gets spilled.
For better and for worse,
gold has been an important part of Colombia's history.
Posted by Rick Forrestal