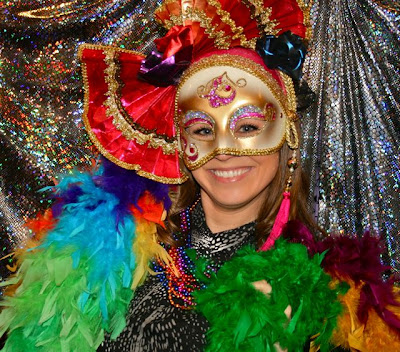 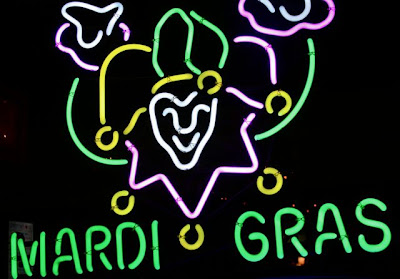 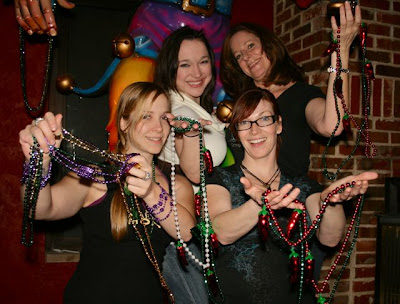 MARDI GRAS WEEKEND IS HERE
Even though Mardi Gras ("Fat Tuesday") isn't until March 8,
the parade, parties and most of the festivities
are definitely this weekend.
The second largest Mardi Gras parade and party in the nation
starts today in the historic Soulard neighborhood of St. Louis.
The parade starts at 11:00 a.m. and the streets
will be full of partying until late at night.
So if you plan on being there, bring your mask
and bundle up (cause the forecast is chilly and drizzly);
and definitely don't drink-and-drive.
Have fun. Enjoy the parade.
And catch lots of beads.
(Mardi Gras is traditionally the last day of excess
before the beginning of Lent - March 9.
So get ready to repent!)
Posted by Rick Forrestal