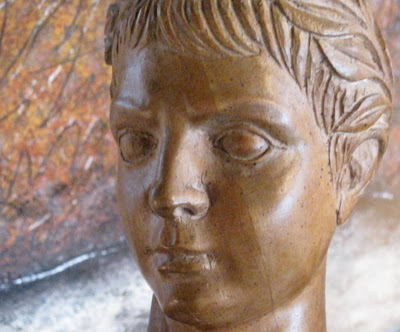 "Beware the Ides of March"
. . . thus was the soothsayer's warning to Julius Caesar.
Since that woeful date -- which just happens to be TODAY -- it has forever been linked with a sense of foreboding. So watch carefully behind ye this day, for today be the Ides.
In Roman times the expression "Ides of March" did not necessarily evoke a dark mood -- it was simply the standard way of saying March 15. Surely such a fanciful expression must signify something more than merely another day of the year? Not so. Even in Shakespeare's time, sixteen centuries later, audiences attending his play Julius Caesar wouldn't have blinked twice upon hearing the date called the Ides.
It was Julius Caesar himself who devised the Julian Calendar in 45 B.C. and established the Ides as the midpoint of each month. Little did Jules realize he had pinpointed for all times the date of his "doing in."
And now for the gory bits . . .
There were 60 conspirators with daggers under their togas that day, led by none other than Brutus ("Et tu, Brute?"), but only 37 stab wounds at final count. A gruesome scene, that Ides.
Get in line boys . . . .
Posted by Rick Forrestal